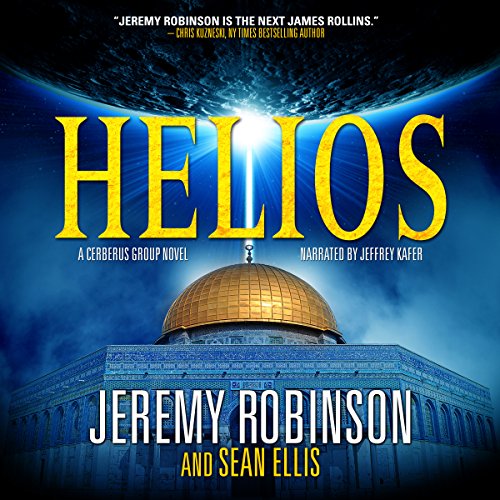 The beginning of the end

A deadly swarm of earthquakes shakes the planet. In the sky above, the sun appears to stand still. While the world reels from the vast destruction, George Pierce and the Cerberus Group, a team of scientific and historical experts, uncover an imminent threat straight out of history that must be stopped. But not everyone wants them to succeed.

An apocalyptic death cult, made up of suicidal martyrs and true believers who will do whatever it takes to ensure the destruction of all life on Earth, goes head-to-head with a billionaire tech genius commanding an army of robots, on a quest to own the sun itself.

Caught in the middle, the Cerberus Group must fend off both sides while traveling to every corner of the map, and into the depths of myth and history, to find the holiest treasure on Earth - an artifact that can harness the power of creation. The prophecies are true.

The end is nigh.