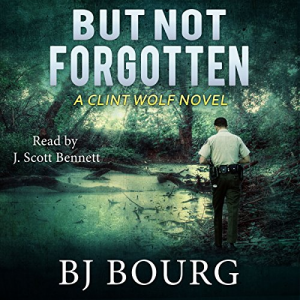 Two years after Clint Wolf's life has been disrupted forever, he's asked to serve as police chief for a quiet little town deep in the swamps of Louisiana. But the tranquility of the town is shattered when a severed arm is found in the jowls of an alligator.

With the aid of Sergeant Susan Wilson, Clint investigates and it isn't long before they realize someone has been murdered. As the investigation ensues, Clint battles secret demons from his past as he befriends a local reporter named Chloe, who proves to be an asset to the case when she shares information from a source who says the murder was part of a larger plot.

Will Clint and Susan unveil and foil the larger plot before it's too late, or will the citizens of Louisiana awaken to a horror worse than any in their state's history?