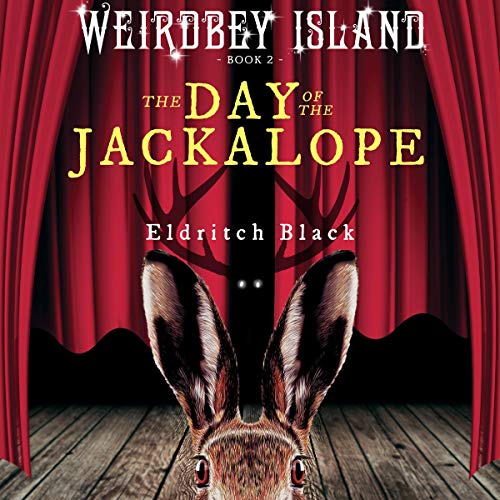 The Day of the Jackalope

A dastardly secret. A creature that cannot be. A great mystery itching to be solved.

Dylan Wylde has barely had time to recover from his harrowing battle with Captain Grimdire when he and his friend's find themselves caught up in a new mysterious adventure on Weirdbey Island.

People are vanishing in the night, and no one wants to talk about it....

Are these sinister occurrences linked to the eerie fortuneteller who’s just arrived in town? The one gathering a horde of strange, creepy-eyed followers?

Dylan and his friends soon find themselves investigating the disappearances while uncovering a cryptic mythical creature who shouldn’t exist.

Now, as a series of dark events spread across the island, they’re forced to face a terrifying new foe who threatens to take over the world.

Jackalopes, rotten mermaids, and rabbits that are not what they seem....