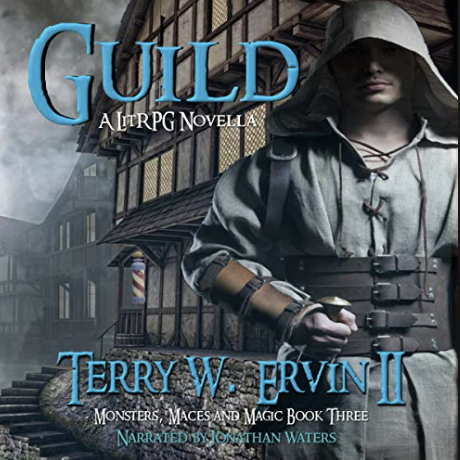 You can’t hide in an RPG forever.

Eighteen years ago, Tom, a barber college student, got trapped in the Monsters, Maces and Magic game world as Josiah the thief.

The first two adventures saw all of Tom’s party members, also trapped within the game world, perish within the fetid depths of the Dark Heart Swamp. His subsequent stint adventuring with NPCs proved short lived. He preferred survival.

Over time, Tom became Josiah, adopting a life blending in with the game world’s NPCs. He gave up advancing as a thief, trained as a lay healer, and works as a barber, cutting hair, pulling teeth, lancing boils, and functioning as a low-level operative within the local thieves’ guild.

But life, even one lived as a faux NPC, can get interesting. Such happens when a young half-goblin thief named Gurk shows up in Josiah’s shop, looking for information. Little did the pair know that the unobtrusive barber shop would become a focal point in a brewing guild war.