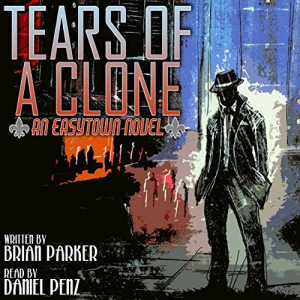 Tears of a Clone .

Torture tourism is an illegal sport in Easytown - unless the victim is a clone, then nobody cares. They're little more than property in the eyes of the government.

When Detective Zach Forrest discovers the mutilated bodies of three clones in a garbage compactor, he's dismayed that no one wants anything to do with the investigation. He takes matters into his own hands and visits Tommy Voodoo, aka The King of Easytown, to get information.

Forrest is shocked to learn of the multi-million dollar industry of torture tourism going on right under everyone's nose. He embarks on an unauthorized investigation and discovers that the truth behind the clone murders is more terrifying than he'd imagined.