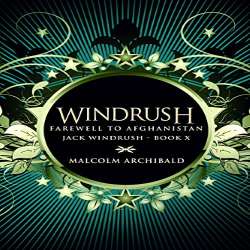 Major Jack Windrush of the 113th Foot is given a mission to convince Batoor Khan to support the new Amir. However, when a rival to the Afghan throne, Ayub Khan, appears to threaten a British garrison, Jack joins the army sent to restore order.

From that point, Jack’s time in Afghanistan descends into chaos. From major battles, savage skirmishes, family feuds, an enigmatic woman, and a mysterious Timuri, Jack finds that Afghanistan continues to be a dangerous place.