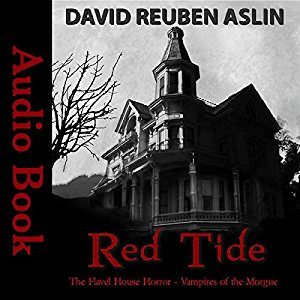 Red Tide - Vampires of the Morgue: The Flavel House Horror

Paranormal Investigator Ian McDermott has come to the small coastal river city of Astoria, Oregon, to investigate a rash of recent slayings, that in their wake, have left the banks of the Columbia River littered with horrifically mutilated, completely exsanguinated rotting corpses.

Ian, along with his four-legged friend, Scout, and his financial benefactor's niece, Zoey, finds himself in way beyond his depth, caught up in an unimaginable web of extreme danger, malevolent evil, and demonic deceit in this terrifying tale that will leave you breathless at every twist and turn; as you dive deep into the cold hellish abyss that is...Red Tide - The Flavel House Horror: Vampires of the Morgue.