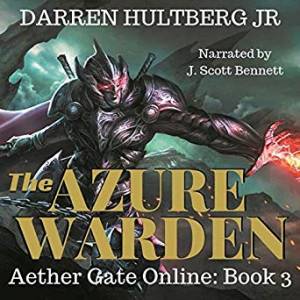 War has come to the realm!

Wielding the power of his deadly Worldbreaker Blade, Vexes and his guild of ravens have launched an all-out assault on the people of Aetheria, seeking to drain the realm of its precious world energy and eradicate anyone that stands in their way.

That is, unless Zander Darkblade can somehow find a way to put an end to their reign.

Embarking on a perilous quest to the wild north, the slayer and his companions seek to uncover the realm’s long-forgotten secrets and unlock a path to unmatched power, a path that will lead them to their evolutionary peaks...a path to their prestige classes.

The question is...will it be enough?

The conclusion to the best-selling litRPG saga is here! Packed with more transformations, more insane abilities, and high-stakes RPG action!