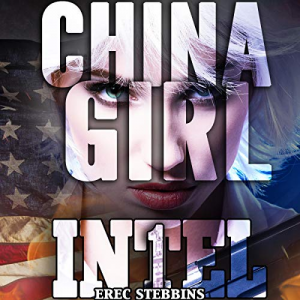 China Girl spins a tale of a far-right Trumplandian dystopia. This new thriller asks “what if?” in an explosive story.

A fascist administration rounds up undesirables. Terrorist groups strike governmental and religious targets. The constitution is under assault. Erec Stebbins’s China Girl is a controversial look at an America that is all too close to reality, radioactive in its timely examination of extremism in the nation.

China Girl is a political techno-thriller with international and crime elements, very topical to current events, touching on biotechnology, anti-democratic movements, and the rights of marginalized groups (especially immigrants) in Western societies. It picks up four years after the election of white nationalist and demagogue Daniel Suite.