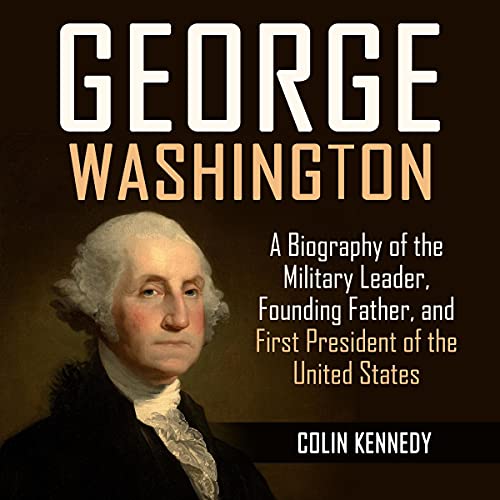 George Washington: A Biography of the Military Leader, Founding Father, and First President of the United States

Explore the remarkable life and achievements of America’s first president.

Offering a profound and comprehensive exploration of the life and legacy of this legendary military strategist, this eye-opening biography seeks to dispel the mystery around the first president of the United States, championing the daring achievements and the triumphs against the odds that helped him lead the American Revolutionaries to victory against the British Empire.

Spanning from his unassuming childhood and his early military service to his key role in leading his countrymen to victory and establishing the Union, George Washington: A Biography of the Military Leader, Founding Father, and First President of the United States provides listeners with a detailed and up-to-date account of George Washington’s remarkable life.

Whether it was his cunning and determination or his fascinating leadership skills and personal philosophy, America’s first president carved a name for himself in the annals of history, and he stands as one of the most beloved figures in American politics.

Ideal for history students, Revolutionary War buffs, and anyone interested in discovering more about the man who shaped the course of America, this book provides listeners with an unparalleled account of America’s most beloved general and president.