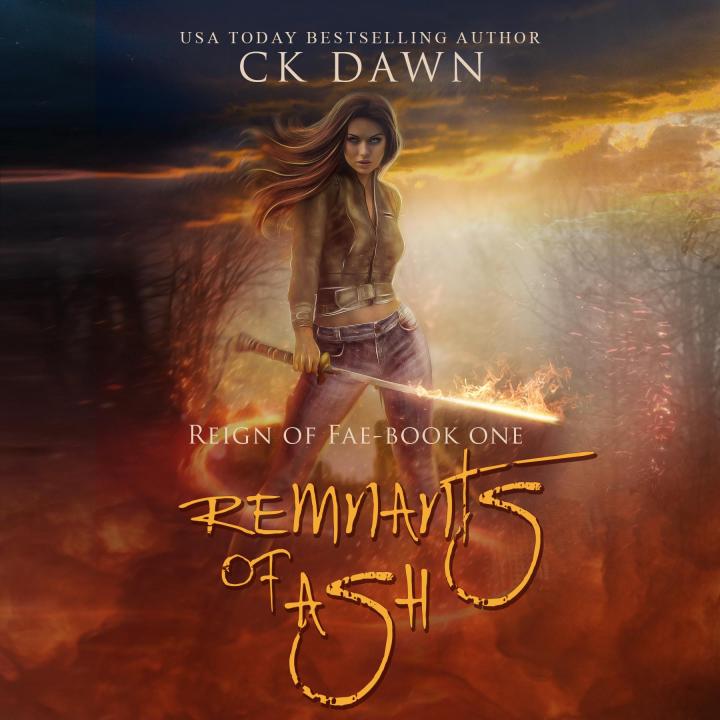 When your college professor warns the world is ending, you take heed.

When he winds up dead, you run. Right?

Chloe Etain has never run away from a battle in her life and she's not about to start. As an apocalyptic nightmare unfolds before her, the enigmatic Bram Tice joins her quest as they try to undo the damage the unseen powers unleashed on their world. Chloe races to unlock her murdered professor's secrets, the key to it all. But discovers her reluctant companion has even darker more dangerous secrets of his own.

Feeling every ounce of her mortal being, Chloe enters a new world of high and low caste fae, vampiric scabs, and still, somehow, finds a strength within herself to fight back. But with all that Bram's hiding, will he be her secret weapon against the fae? Or her worst nightmare? One way or another, the fight to save humanity from becoming nothing more than remnants of ash is on!

This isn't your ordinary happily ever after fairy tale. The Reign of Fae is raw and gritty featuring a strong female lead, a brooding magic wielding boy, and their forbidden romance. Full disclosure, there are F bombs and steamy bits throughout the series. Fans of the Mortal Instruments, Buffy the Vampire Slayer, and Fever series will love USA Today bestselling author CK Dawn's brand new dystopian urban fantasy.