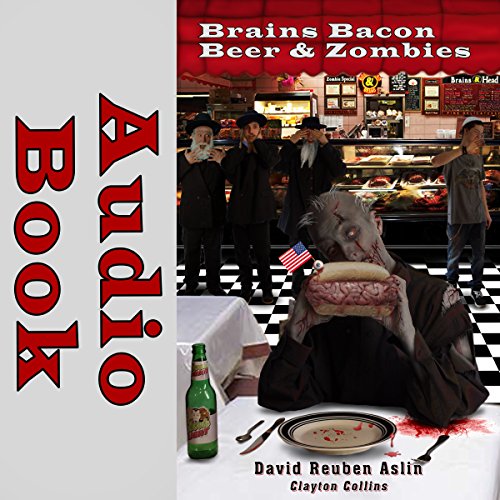 Life has become little more than a day-to-day fight for survival in this tongue-in-cheek (and other body parts) apocalyptic thriller.

The year is 2036. The place, a rapidly decaying, totally (baked) Big Apple, New York City. Brainsm along with a few of his family, his best friend, Gil and three very orthodox Rabbis, have so far managed to survive the plague to end all plagues; by holding up inside the protected walls of what once not long ago was his families former Jewish delicatessen.

On this day of days, Brains is determined to brave the dangers of zombies, street gangs, and other predators of the four-legged variety. He and several of his rag-tag kosher-eatery holdouts have decided to venture out into the city to try and have some good old fashioned Fourth of July fun.