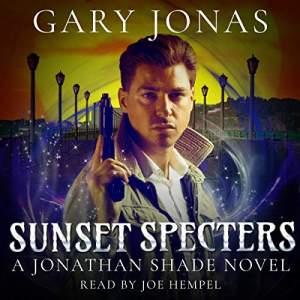 The powerful wizard, Henry Winslow, arrives in 1877 and sets out for the Barbary Coast in San Francisco to steal a bit of life energy from his parents before he can head to the 1920s to complete his immortality ritual.

A former slave with a mission

Douglas Freeman is a former slave with a growing collection of vengeful ghosts, and he's headed for the Barbary Coast to kill the last few men on his list.

Champions out of time

Jonathan Shade and Kelly Chan reunite with Brand, the former Sekutar warrior, and Esther, the ghost who has an unbreakable bond with Shade. They set out for California to stop Winslow. But the Barbary Coast is a dangerous place where life is cheap. Their paths will cross with thieves, cutthroats, crimps, prostitutes, gangs, magic, and a supernatural threat. Time is running out on their mission, and one thing is certain - not everyone is going to get out alive.