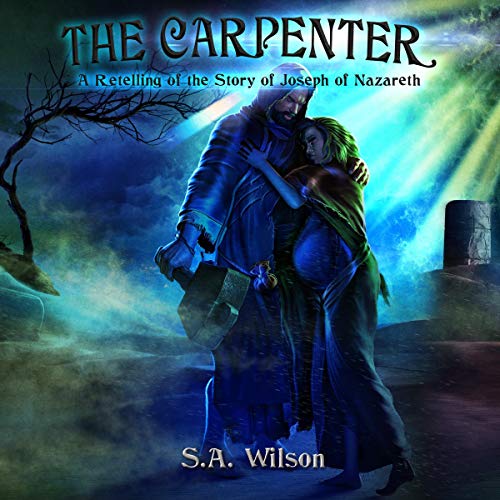 The Carpenter:A Retelling of the Story of Joseph of Nazareth

Joseph, a master craftsman and carpenter, stokes the ire of his family when he weds his pregnant (and seemingly unfaithful) betrothed, Mary. Pious, devout, and guided by the dictates of Heaven, Joseph has no issue with taking Mary – who still claims to be a virgin – as his wife and committing himself to the protection of her child, whom he senses is extraordinary.

However, there are others who are also aware of how special the child is, and not all have its best interests at heart. Among these is the despot Herod, whose oppressive rule and wanton cruelty are legendary. Deeply troubled by a prophecy concerning a King to Come, the tyrant is committed to finding – and eliminating – this threat to his reign. (And, having already murdered members of his own family in order to maintain power, Herod has no qualms about killing a baby.) In addition, there are forces beyond the ken of men that also recognize the singular nature of Mary’s child, and which are determined to keep the salvation that the babe represents out of mankind’s reach.

All of these factions and more converge on Mary and Joseph as they trek from Nazareth to Bethlehem in hopes of starting a new life. On a journey fraught with peril, Joseph fights to protect Mary and her unborn child from danger on all sides, including the elements, bandits, and Herod’s legions – as well as an utterly evil and otherworldly demonic force determined to stamp out mankind’s only hope of redemption.

Armed with little more than his wits, his faith, and his carpenter’s hammer, Joseph must face impossible odds to ensure the safety and survival of not only his family, but mankind’s future…