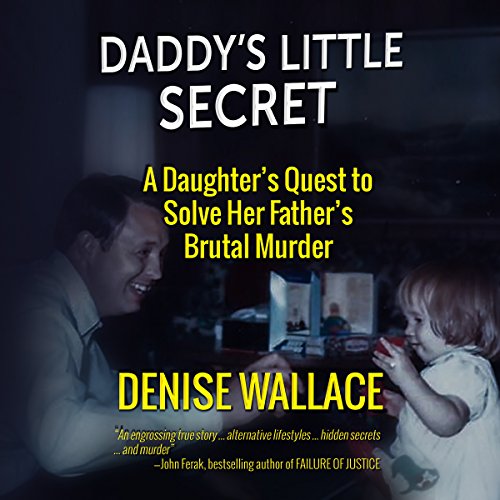 Daddy's Little Secret: A Daughter's Quest to Solve Her Father's Brutal Murder is a poignant true crime story about a daughter who, upon her father's murder, learns of his alternative lifestyle. She had looked the other way about other secrets of his as well - deadly secrets that could help his killer escape the death penalty, should she come forward. An inside look at the complex and fascinating psyche of a father who shared an uncommon bond with his daughter.

She had spent years hiding deadly secrets about her enigmatic father, Wesley Wallace. Wes was a trusted security guard at the Ritz-Carlton Palm Beach. He was supposed to protect those who found themselves in his care. But a closer look into his brutal murder revealed a split personality - one that his daughter may have seen but tried to ignore. However, detectives assigned to the case persuaded her to assist them in the capture of her father's killer. The trail would lead from the glitz of Palm Beach to the murky streets of Dixie Highway and end in a courtroom where her father's secret life, and his dangerous penchant for sex slaves, would be revealed.