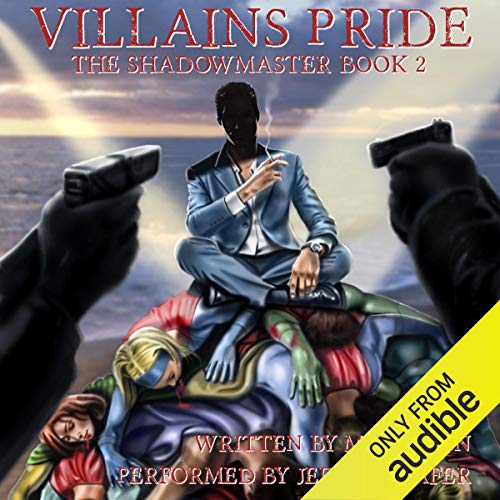 The Shadowmaster is back... whether you wanted him to be or not!

Jackson Blackwell, The Shadowmaster, is in over his head this time. After his last adventure, where he tore fantasy novels a new one, Jackson has to deal with the repercussions of angry gods, angrier conspirators, and the wrath of his pregnant girlfriend!

(I know... actual consequences in a comedy/action series? How avant-garde! - I think. Okay look, I really don't know what that means. I've always just wanted to say it and I'm too lazy to look it up.)

Thanks to a godly decree and a crafty clause, Jackson has been banished from his home. And the only universe kindly enough to take him in is one infested with comic-book-style superheroes and supervillains. A perfect place to cause mayhem, right? Well, it wouldn't be much of a book if it were.

Comics don't play by the rules, and Jackson has been tasked to do something unique. Whatever is a villain to do?

Follow the adventure of Jackson Blackwell as he attempts to manipulate his way back to the top while dealing with all manner of dark detectives, godly aliens, expensive power suits, and the most daunting challenge of all... looming parenthood.