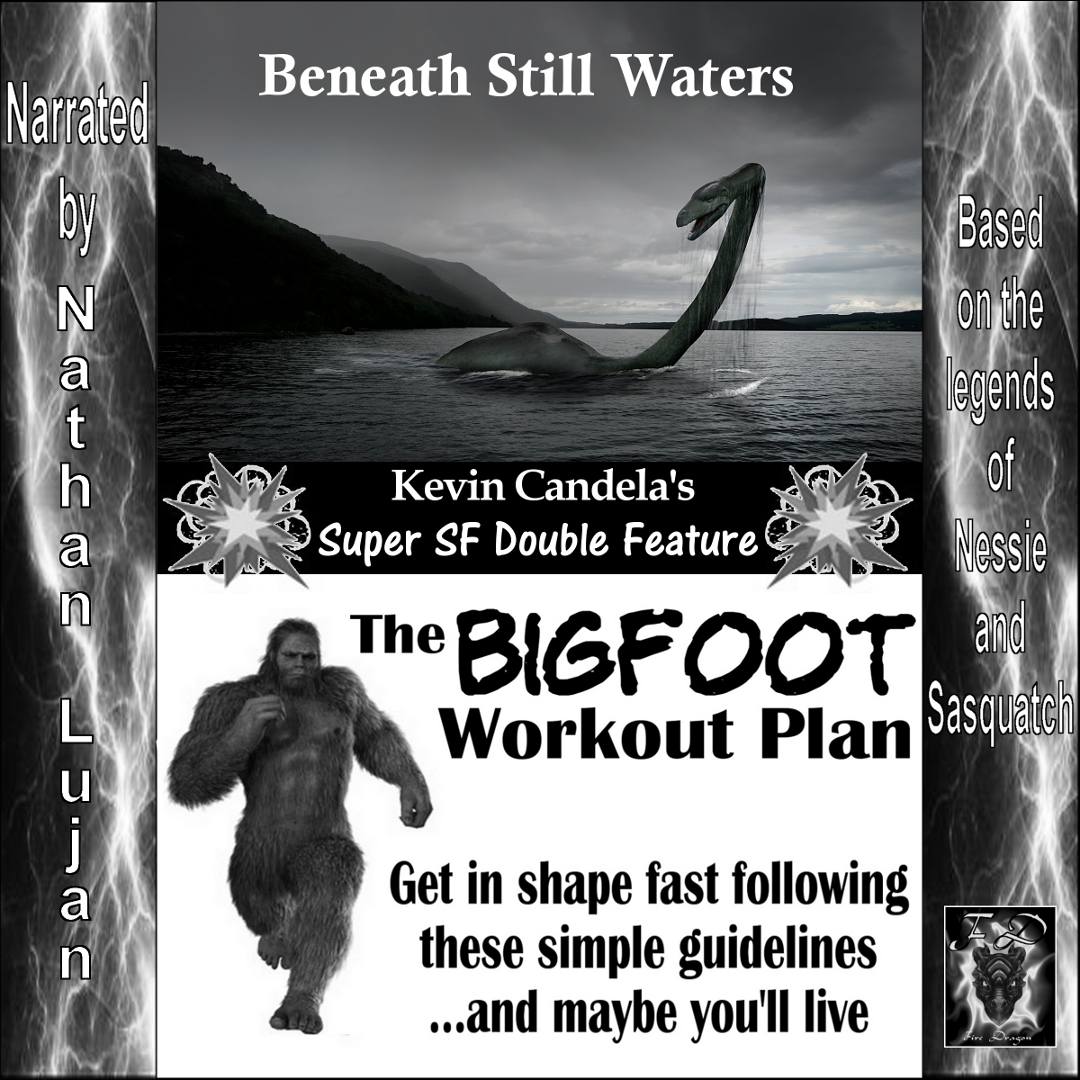 Welcome to the fifth "drive-in double feature" from the writer of the previous four, A Year in the Borderlands and Krakenstein creator Kevin Candela.

In these two "inspired by actual accounts" but still entirely fictional tales, a pair of challengers of the unknown go one on one with two of the world's most famous mysterious legends.

In "Beneath Still Waters", a lake-dwelling giant creature draws a devoted paranormal investigator into a staggering encounter that goes far beyond a blurry photo of something with a long neck and humps passing by a Loch Ness excursion boat.

Then in the humorous "The Bigfoot Workout Plan" (disclaimer, this is not intended to get you in shape unless laughing counts as exercise), a different paranormal investigator vaguely discusses the types of and values of fitness while recounting a funny-unless-it-happened-to-you saga of being persecuted, teased and "hunted for sport" from personal experience.

Fifth in the Super SF Double Feature series, following "Suckers"/"Lost Horizons Travel Agency", "Shore Leave"/"Rasputin" and "Fulcanelli Ain't Dead, Children of the Coming World"/"Mars One" and "Vapor"/"Chiller". Expect more but get caught up in the craziness now with these five double features.