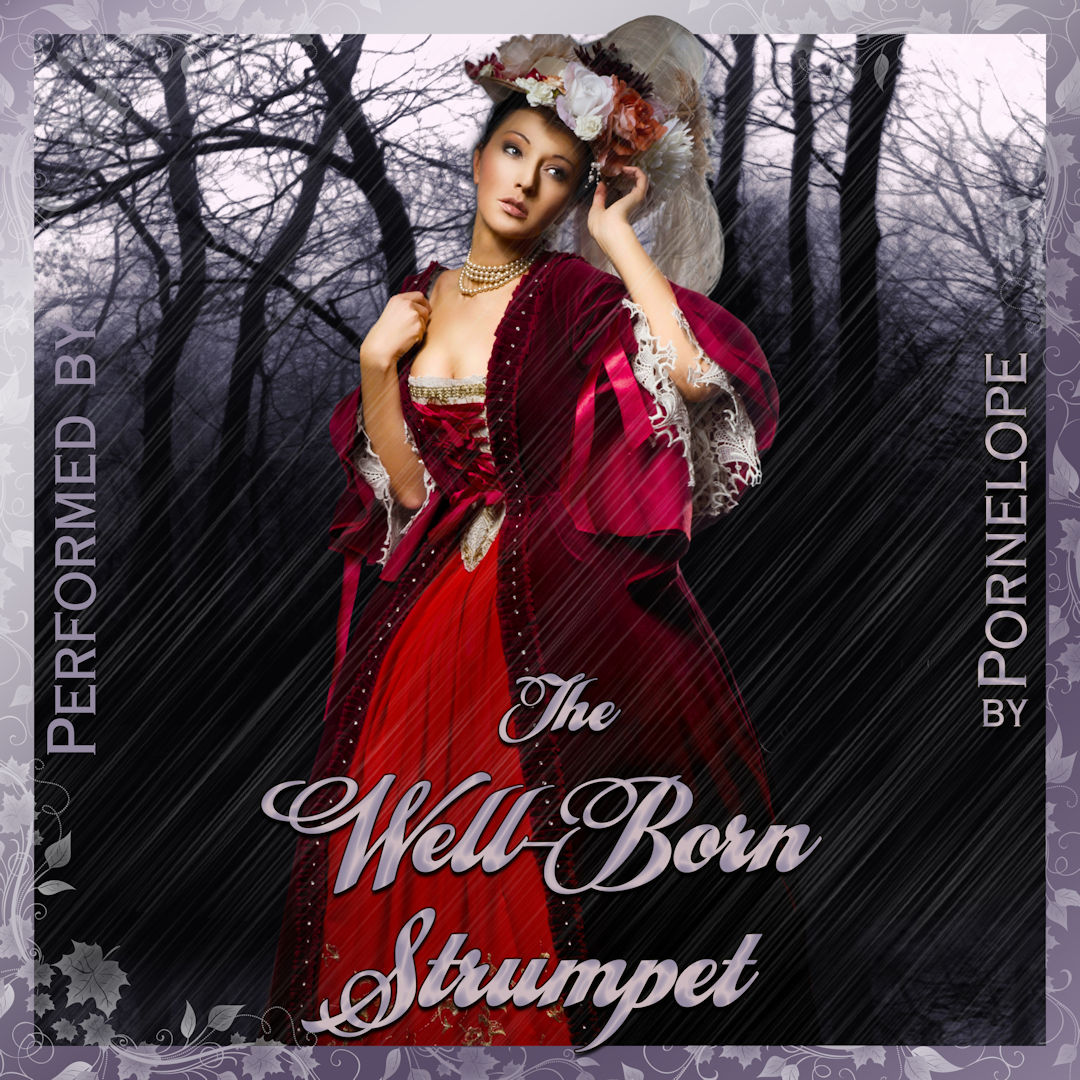 Alyssa is a good girl—until her father dies and their home is sold to pay his gambling debts. Lord Worthington may have hired her to tutor his grandchildren, but first she has to reach his fine manor safely after being abandoned in a horrible storm! The four virile men who run the country inn where she takes sanctuary are happy to offer her food and lodging…in exchange for her innocence!

Nate kept telling her more stories that were so funny, she barely even cared when they began bordering on raunchy. Her blushes, she assured herself, could be written off to laughter and the stove’s heat as easily as virginal embarrassment.

“But that was afore Khenan joined us,” he suddenly interrupted himself as he washed dirty dishes and stacked them neatly on the counter. “Gods alive, what a stir that caused! Brigands stole the ship he was on, and killed or ditched most of the crew; he was one of the few who made it safely to shore. He wandered about for a few days—daft in his head, you could say—and finally chanced on our little inn just at dinner’s hour when a certain high lordship and his fair lady were stayin’ the night.

“Now she’s such a one that a man’s interest just has to stand and salute,” he added enthusiastically, and wiggled his eyebrows for emphasis. “No way around it, and to my way o’ thinkin’, that’s the finest praise any man can pay a woman, be she maid or maiden. And this one…” He sighed in blissful delight at some memory only he could see. “What a woman she is, and none too proud to reward a man for admirin’ the view.

“Then Khenan staggers in, naked as the day he was born, with his staff already hard and high from spyin’ our cleanin’ girl out in the yard. And a fine pretty lass she is, too, and never too busy for a kiss or a toss in the hay.

“So this fine lady,” he grinned, noting that Alyssa hadn’t understood a single one of his lewd references, “jumps up from her table and coos over him like a mother hen with a wounded chick. Nothin’ would do but she take him up to her own room and nurse him back to full health, so to speak, and she even barred her rich husband from the room so they wouldn’t be disturbed. He was in a fine takin’ over that, believe me!

“But our Betsy, who’d followed Khenan inside, took his lordship in hand, you could say, and soothed his ruffled feathers half the night, bless her heart. None of us got a wink of sleep with Khenan and her ladyship upstairs, and Betsy with his lordship downstairs, and half the other patrons makin’ their own party in the dinin’ room. It was a wild night we’ll never forget!”

“Her ladyship insisted on stayin’ an extra three days ’til she was sure Khenan was in top form. He bore it like a trooper, to be sure, and decided the country life was so much to his likin’, he stayed on to tend our horses.”

So he wasn’t a slave after all, she realized, and tried to wrap her mind around the concept of a black man being a valued employee.

“…she had to be carried out to their coach, poor woman, she was that tuckered out,” Nate was saying when she finally recalled herself. “But his lordship had enjoyed the stay, and Betsy got a nice purse from it, so everyone was happy. And she makes certain they pass through here every fortnight or so—to check on Khenan’s, ah, good health.”

“She sounds like a remarkable lady,” Alyssa murmured, baffled but warmed by the woman’s obvious devotion to the massive black stablehand.

“Aye, that she is.” Nate chuckled, and turned away to unobtrusively adjust the fit of his breeches. Just the lurid memory had made him hard as rock, and Alyssa’s obvious innocence was an extra thrill.