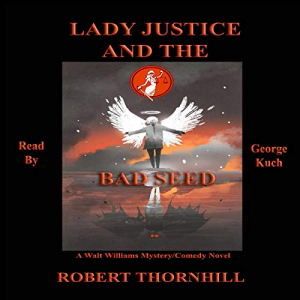 Lady Justice and the Bad Seed

Walt is surprised to learn that his old partner, Ox, has a brother. Ox had never mentioned Lenny who was serving time in prison.

Ox was just as surprised when Lenny showed up at his door claiming he had found religion and turned his life around. He was even more surprised to learn that his brother, the bad seed of the family, was now an ordained minister.

As Lenny’s ministry grows by leaps and bounds, Walt and his friends are skeptical. Was Lenny’s conversion real or is it an elaborate con?

Walt is faced with the age-old question - can people really change? What do you think?