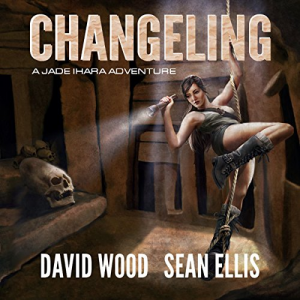 You can't always recognize the face of your enemy.

Two thousand years ago, the legendary mathematical genius Archimedes was poised on the brink of the greatest discovery in human history when his life was brutally snuffed out. His murder has never been explained.

While investigating the strange Paracas skulls - believed by some to be the remains of extraterrestrial explorers - archaeologist Jade Ihara receives an unexpected visit from an old foe seeking her help against entities he calls "Changelings" and their plot to manufacture a false chapter of human history.

Hounded by radical extremists led by Atash Shah - a man bent on becoming the Mahdi prophesied to unite the Islamic world - and haunted by the faceless puppetmasters who secretly control the world, Jade must follow the trail of clues to uncover a deadly truth that has been erased from history.

Can she solve the mystery of Archimedes' murder, or will she become the next victim of the conspiracy to hide the truth?