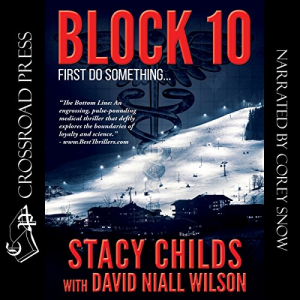 Luke Cooper dreamed of flying. He was an Olympic-caliber skier with a bright future, when a freak accident ruined his knee and sent him into suicidal depression. A stranger, Dr. Henri de Salvo, gave him a reason to live and a new set of "wings" thanks to an experimental medical treatment. With new focus, Luke turned to a career in medicine, a career that led him to accept an invitation to a secluded clinic in France, where de Salvo continued his cutting edge - if morally questionable - work.

Lured by the chance to help other athletes recover their lives and intoxicated by a world of smooth cognac, beautiful women, and dark intrigue, Luke finds himself drawn into another world. De Salvo has a shadowed past and powerful enemies, and the French city of Toulon has its dark side. Through amazing medical breakthroughs, run-ins with the Corsican mob, and clubs where men fight for big money - and women - Luke searches for his own path. The question is, will he survive the journey, and can he live up to the age-old medical adage, "First, do no harm" while following the message of his own heart: "First, do something...."