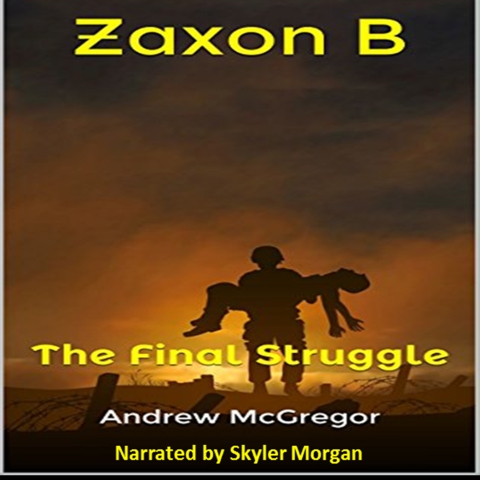 With the once mighty Trevakian Empire crumbling under prolonged and vicious assaults from armoured Morgon infantry and ships across several galaxies, the war that has lasted for over a century now seems to be nearing an inevitable and desperate conclusion.

Far across the Trevakian Empire…the furthest planet, Zaxon B stands alone and embattled on both the surface and surrounding space. With no word of forces available to support the struggle, hordes of armoured Morgons and Silakians pour from drop ships onto the inhospitable planet, the heavily outnumbered defenders fighting for their lives against an enemy that takes no prisoners and prizes the skulls of defeated foes as trophies.

Zaxon B is the last bastion of hope…holding out against overwhelming enemy forces that if freed will invariably be sent to reinforce an attack on the next planet in the enemy’s sights…human earth.

With a merciless winter approaching, the defending Trevakian and human volunteer forces are surrounded and cut off…

In space above, the Trevakian Space Station has just received the last few volunteer units that earth can spare, heavy fighting continuing on the upper decks as infiltrating Morgon Shock Troops endeavour to capture the enormous station, enemy space fighters continually attacking in the surrounding atmosphere.

On an opposite orbit, the cloaked Morgon Dark Star Station completes final preparations to deploy a specialist unit to finally finish off the remaining defenders on the planet surface. The ‘Black Death’ Battalion is mobilizing to land.

Perhaps a time for heroes…a time of desperate failing hope. The Trevakian Marine motto now stands for all defenders…

The Final Struggle for Zaxon B is about to begin.

Each book can be experienced as part of the series or as a stand-alone story.

The author aims to provide a thoroughly enjoyable and imaginative reading experience at an affordable price for the reader. All three works from the author's World War 2 Series concentrating on the Battle for Stalingrad have achieved Best Seller status on Amazon in the UK and many more stories are outlined.