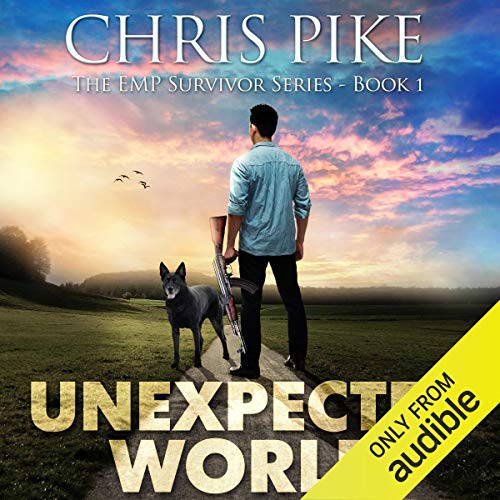 Author Chris Pike's debut novel Unexpected World is a gritty and compelling survival tale about human courage and steadfast determination to live, to endure, and to persevere against all odds. Assistant District Attorney Dillon Stockdale is on the phone with his daughter when an EMP obliterates the entire electrical grid of the United States. Anything relying on a computer is fried, including the plane his daughter is on. Gripped with the terrifying realization the plane has crash-landed somewhere in the expansive and dangerous landscape of Louisiana's Atchafalaya Basin, Dillon sets out to rescue her before it's too late. A harrowing survival story with non-stop, pulse-pounding action, Unexpected World is a story of good vs. evil, of a complex narrative of fight or flight, and mind-bending choices resulting in profound consequences. Dillon Stockdale is determined, he's well-equipped, and nothing will stop him. Or will it?