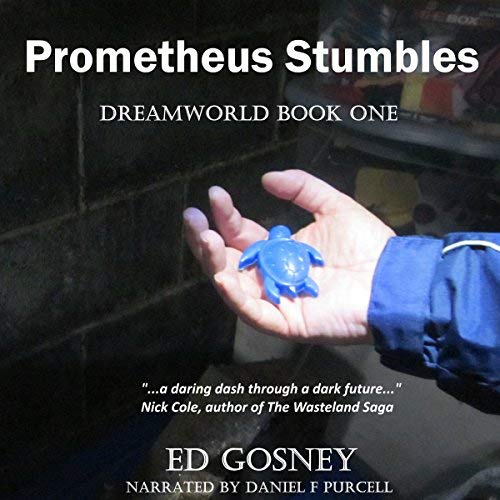 In this futuristic thriller, an ordinary man gets caught up in extraordinary circumstances and finds himself on a harrowing adventure that he neither wants nor understands.

Derek Anderson considers himself to be a devoted husband, father, and businessman. He loves his family and is happiest when he is with his wife and daughter. But when a young Psi-Tal places the blue plastic turtle in Derek's hand, his life is turned upside down, as he discovers that the turtle can transport him into a nightmarish realm that Derek comes to refer to as Dreamworld.

While in Dreamworld, Derek learns of his destiny, but when the turtle sends him back to the reality he thought that he knew so well, he finds himself being pursued by a mysterious group of beings called the Watchers.

In a metaphysical race for his life, with the blue plastic turtle in his possession, Derek plunges into a centuries-old secret society that may be his only hope against the deadly enemies who will stop at nothing to get the turtle.