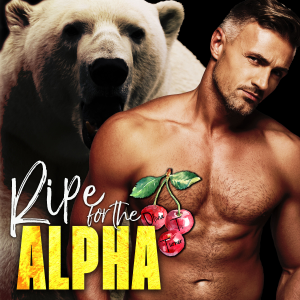 Ripe for the Alpha

I’m in desperate need of a savior.
Kidnapped. Tied to a bed. Out of options. Out of luck.
Until the Sheriff comes roaring in and busts the place up.
He’s just the man I was waiting for.
I’ve always loved older men.
I’ve always loved a man in uniform.
With the Sheriff, I don’t stand a chance.
He has me on board before he even says one word.
He’s a protective polar bear shifter named Austin Peters, and once he gets his hands on me, he refuses to let me go.
And I can tell by the possessive look in his icy blue eyes that he’s going to keep me.
He keeps saying I’m his territory. That my body is his to claim.
He says I’m his mate and that he waited fifty-two years to have me…
…and now, he’s done waiting.
Well, so am I.

No cheating and a furry HEA guaranteed. Enjoy!