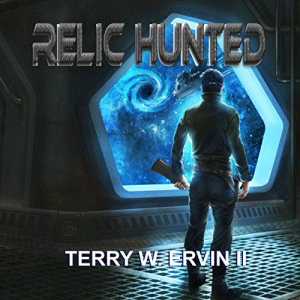 Intelligence picks up Security Specialist Keesay's contract, hoping to direct the Relic's tenacity and skills against his nemesis, the Capital Galactic Investment Group. But the rogue corporation has its own plans concerning Keesay: a bounty on the security specialist's head.

Time is running out for mankind, with the Crax striking deep into human territory, targeting colonies on Pluto and Io. Keesay knows whatever plans others might have, fighting the Crax is more important than blending in, or looking over his shoulder.

Stepping forward, Keesay accompanies Special Agents Guymin and Vingee on their mission to rescue key prisoners taken by Capital Galactic, before they're handed over to the Crax. In doing so, Keesay pits his shotgun and brass knuckles, and his daring, mysterious connection to the rat-like Chicher, against anyone that gets in his way.