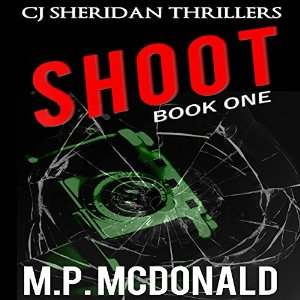 Interning at the CIA prepared CJ Sheridan to be a bureaucrat, not a hero. But, when he's handed a camera that offers teasing glimpses of potential tragedies, what else can CJ do but try to change the future?

No stranger to the camera's power, CJ's father is dead set against the idea. He understands all too well the horrifying price the previous owner, photographer Mark Taylor, paid for its use.

CJ knows the camera's history, but with the support of an experienced team behind him, including his FBI Bureau Chief father, he's sure that won't happen to him.

Heedless of the dangers, when offered the chance to save the life of a murder victim, a young nurse named Blanche, CJ charges to the rescue.

Only to find himself alone, a suspect, with only his wits and courage to help him change the course of fate.