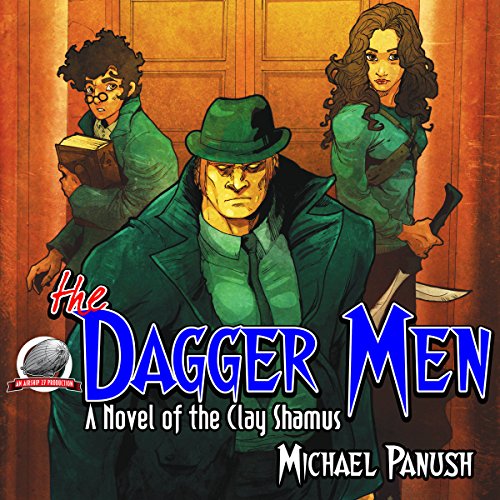 Sickle City is a magnet for the bizarre and unholy. When a legion of dead Roman soldiers converges on the modern metropolis, its salvation will lie in the hands of three unique warriors employed by Herman Holtz, a corrupt, bootlegging Jewish rabbi. Emmet Clay is a golem built by Holtz' older brother, a powerful Russian rabbi. As Holtz' chief enforcer, he disguises himself as a detective. His two loyal allies are the beautiful and fiery Zipporah Sarfati, a deadly Sephardic swordswoman and the young Harvey Holtz, the rabbi's son; a devoted student of Jewish mysticism. Together the three of them must uncover the secret of the Dagger Men, a secret society of Jewish warriors that traces its origins back to the bloody destruction of Judea. Writer Michael Panush offers up a terrific, fast-paced supernatural thriller filled with some of the most original, fanciful characters ever imagined. The Dagger Men is roller-coaster pulp ride that doesn't slow down until the very end!
©2016 Michael Panush (P)2016 RadioArchives.com