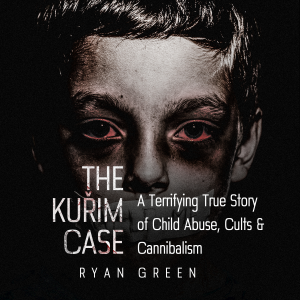 In May of 2007, in a small, quiet town in the South Moravia region of the Czech Republic, a technical glitch - a simple, accidental crossing of signals - revealed a terrible case of child abuse, and an entire nation watched transfixed with horror as the grisly extent of the perversion of the maternal instinct was revealed. Two small brothers named Jakub and Ondrej, nine and seven years old respectively, were revealed to have suffered confinement, mutilation, psychological brutality, and cannibalism at the hands of several people - foremost among them their own mother and her sister.

The ensuing investigation and trial captivated the country as a web of secrecy and manipulation was laid bare. That entire nation's attention was transfixed as the disappearance of a teenage girl revealed a daring case of concealed identity and international intrigue, culminating in a 1,000-mile chase in the depths of a Scandinavian winter.

The allegations that were levelled would keep any parent of a young child awake at night. A secretive cult operating in close proximity to children: stealing, forging medical records, and possibly attempting to create a new messiah were in full swing. All the while its members appeared, on the surface, to be models of excellent caregivers.

This is the story of the infamous Ku?im Case, an investigation that engrossed the public and media of a whole country for two years. It is a story of intense cruelty and sadism, inflicted on the most vulnerable members of society.