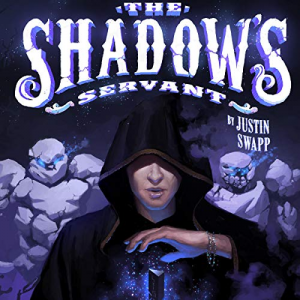 If knowledge is power, then what's a secret?

A year after thwarting the Kabbahl's attempt to restore shadow magic, the impetuous Marcus Fith, denied the opportunity to help his family search for his sister, decides to take matters into his own hands. When the only meaningful clue his family has seen mysteriously shows up - a letter addressed to him... written in his own blood - Marcus escapes in order to work out the set of expiring instructions that promise to lead him to his sister.

Promises are slippery things, however.

What follows is an adventurous tale filled with shady characters, betrayal, magical monsters, and an epic battle that is just beginning.

If only Marcus and Ellie knew what they've started...