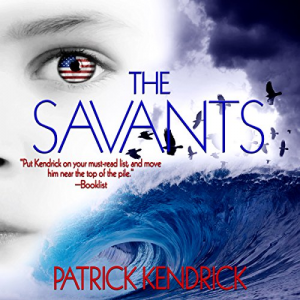 Dr. Stephen Pevnick is a world renowned behavioral scientist as well as an advisor to the president of the United States. He has gathered the world's most prodigious savants - people with astonishing intellectual abilities - to his research center in Maine. His intent is to conduct an unprecedented experiment, to have the savants work on a common project together; a major challenge because the savants, while gifted, do not possess the social skills that might enable them to work as an effective team.

But, soon after they gather, a catastrophic event occurs that threatens to destroy the Eastern Seaboard. The world's best scientists are helpless to stop it as panic grips the country, and a sinister conspiracy emerges with the potential to eradicate the free world. Can this group, plagued by their own insecurities and doubts, come together and use their incredible skills to save the world, or will the dark forces that set this disaster in motion prevail?