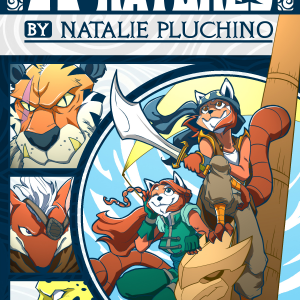 A Storm Hatches (Raven and the Phoenix Pirates Book 1)

While sneaking to the harbor in disguise to beat up pirates isn’t one of her royal duties, Princess Raven detests the idea of the ruthless brutes being anywhere near her territory. Her escapades to the harbor lead her to being wrongly arrested by pirate hunters.

While locked up on their ship, she meets Xifeng who promises to get Raven home as long as she gets a large reward in return. Separated from her home and from her crew, the princess and the pirate step into an adventure full of hardships, victories, and an unexpected friendship.

Raven’s quest to get home becomes even more thrilling when Xifeng asks her to assist in tracking down the Storm Phoenix, believing the great bird to be in danger. Raven, who once beat up pirates to keep them out of her territory, suddenly finds herself using all her strength to help Xifeng fight hunters, a mysterious group targeting the phoenixes, and even a possible traitor among the crew.