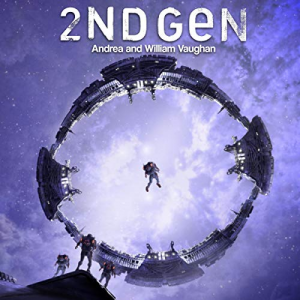 Humanity's last hope...
With Earth rapidly becoming inhospitable to human life, GS Archean carries a one-way crew of courageous passengers to Uelara, an Earth-like planet in the Cieri star system. Uelara is ideal, except for one minor detail - its distance from Earth. Traveling at sub-light speed, the generation ship won’t reach Uelara within the original crew’s lifetime.
Thirty years into the journey, a new generation born on the Archean trains to fulfill the first generation’s mission. Eager to reach Uelara, the second-gen crew prepares, as planned, to assume their parents’ responsibilities - that is, until...someone goes missing and a devastating secret is discovered, putting the future of the human race in jeopardy. Will the crew rally and carry out the mission - or is humanity doomed?
It’s all up to the 2nd Gen.
"The ultimate test of man’s conscience may be his willingness to sacrifice something today for future generations whose words of thanks will not be heard." (Gaylord Nelson)