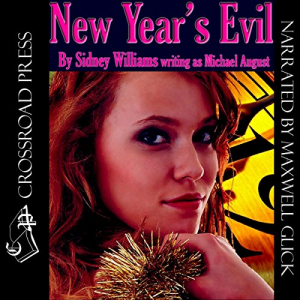 Bran Hatten is big, mean and unpredictable. He'll pound any guy that crosses his path, and he's a complete jerk to girls who spurn his affections. Tess Ryan and her friends are looking for options, even those the mysterious new girl at Pembrook High might offer. Charisse Bienville lives in the old dark house at the edge of town, and she's hinted that she commands powerful magical forces. Tess and her friends join Charisse in a ritual to end Bran's reign of terror, but they don't count on what might come afterward.

Charisse seems to have dark goals far beyond making Bran act silly and defusing his bullying. Stealing Tess's best friend is step one. Stalling Tess's budding relationship with rebellious Casey is a side effect, and there's a horrible gift under the Ryan Christmas tree. What Charisse has planned at her New Year's Eve party everyone plans to attend could be the most terrifying act of all.

As the countdown to New Year's Eve begins, Tess finds herself in a race against time to unlock ancient mysteries to explain who or what Charisse really is. If she can't do it before midnight December 31, the results could be cataclysmic.