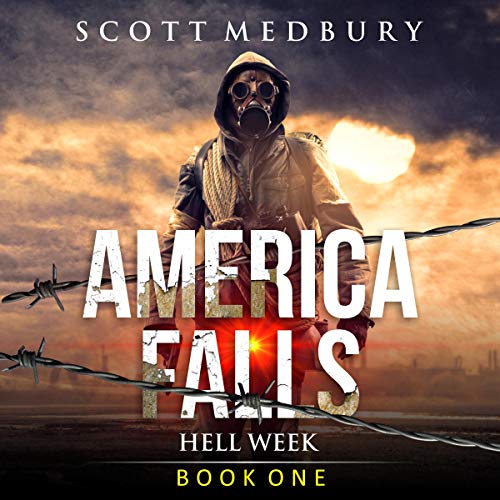 Think North Korea and Russia are the greatest danger to the United States? Think again. After a surprise biological attack, America, the most powerful nation on Earth, quickly succumbs, with 99.91% of the population over the age of 16 decimated. As society unravels, and the ground invasion of his country begins, loner Isaac Race must form a connection with a ragtag group of survivors and elude not only the invaders, but other dangers and threats unleashed in chaotic Post-America.

Hell Week is the first installment of America Falls, a post-apocalyptic survival series, a compelling, action-packed story about who we are and who we have to become in order to survive.