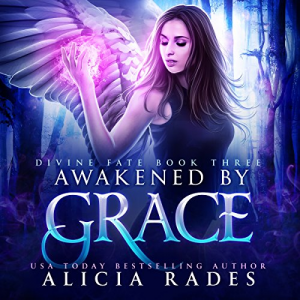 Ryn Tyler has finally fulfilled her destiny, but Eagle Valley is in more danger than ever.

After a victory that came at too high of a cost, Ryn's sacrifices have paid off. Ryn has awakened Grace, the Davina who's prophesied to save them all...but she's not what Ryn expected.

From the start, Ryn knows Grace is keeping secrets. But it's worse than she originally feared, for Grace is hiding something that could mean the end of the world. Ryn decides she has to discover the truth, even as war erupts in Eagle Valley.

Everything Ryn thought she knew about the magical world is wrong, but somehow, she and her friends have to make it right again. If she doesn't, the home she's come to love, and everyone in it, will be lost.