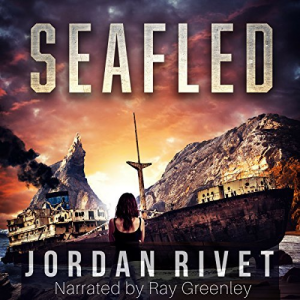 Esther's seabound world has changed. Her revolutionary energy technology allows ships to sail long distances and has ended the Catalina's isolation policy. With the changes come new responsibilities for Esther - and new dangers for the people she loves.

After a shocking revelation from a reclusive colony on land, Esther must embark on one final rescue mission. Old enemies surface on the voyage, but Esther won't anticipate her biggest threat. She might not like the answers she finds on the ravaged coast.

Land is waiting. Can she survive it?

Listen to the epic conclusion to the Seabound Chronicles!