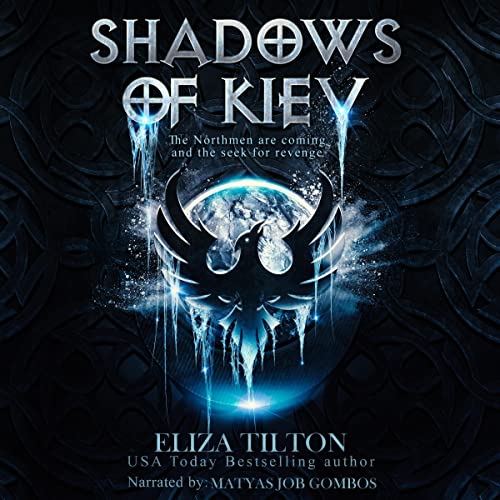 The Northmen are coming and they seek vengeance.

After accompanying his father to a Slavic settlement to investigate strange tales of the undead, Viking Folkvarr discovers that - not only do the dead walk - the whole forest seems to want his kind dead. When his father is kidnapped by the magical rusalka maidens, there's only one person who can help, but Vikings and Slavs just don't mix....

Ever since her parents were slaughtered by Vikings, Agna has feared and hated the Northmen. When a voldak attacks her in the woods, she realizes the dead are much more terrifying than Vikings. Putting aside the hate and distrust, she decides to help a young Viking, and stop the madness invading her home.

With generations of dislike running through their veins, Folkvarr and Agna must embrace their growing desire, and work together to save both of their people from the rising dead. But sometimes, love isn't enough, and it can't stop what's about to come.

Sink your teeth into this YA dark fantasy, filled with Vikings, romance, fantasy, and monsters, in 9th Century Kiev. Fans of the Leigh Bardugo's Grisha Trilogy will fall in love Shadows of Kiev.