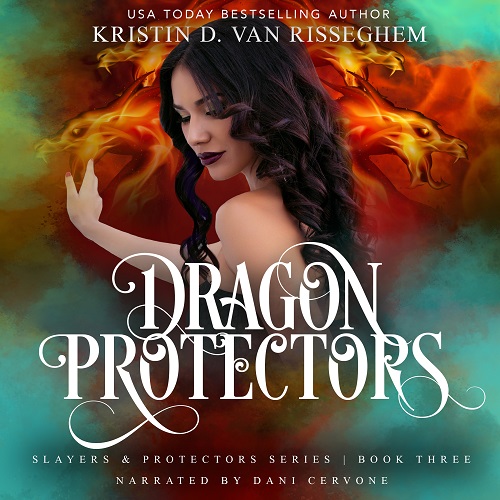 Blamed for the deaths of fallen slayers, Brooklyn has been labeled a traitor. People she once considered her friends are now hunting her, and the death of the city’s Pride Leader has left her picking up the pieces. Brooklyn is neither ready nor prepared to become the new chief of dragons.

Until the worst happens.

One of her protectors is being held hostage - and if Brooklyn doesn’t comply with the kidnapper’s demands, she might lose him forever.

Brooklyn needs more training. She needs a mentor. She needs more time. But time is running out for both Brooklyn and her protectors. Love might not be enough to save them this time.

The third audiobook in the Slayers and Protectors series, Dragon Protectors is a reverse-harem paranormal romance featuring a strong heroine trying to save her boys and prevent an all-out war.

Find out what everyone’s been talking about and become immersed in this magical fantasy readers call suspenseful and addicting.