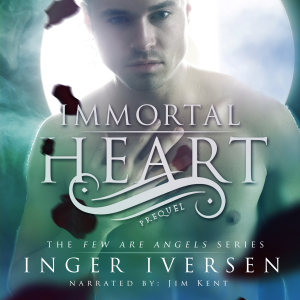 More than a century after the tragedy of Hélène's death, and before Ella found Kale bruised and broken on her doorstep, Kale moves through the world in a haze of personal punishment, allowing it to consume him. Until his friend, Detective Deacon, a newly infected Chorý, calls on him for a favor.

In this prequel to the Few Are Angels series, Kale is thrown into a world of human blood trafficking and is introduced to a Chorý that offers him a chance at happiness - in blood.