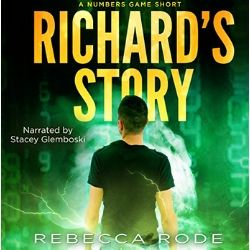 Richard just wanted a girlfriend - not the apocalypse.

Richard Peak's senior year is looking painfully ordinary - fighting for position on the soccer team, his parents' constant arguing, a glaring lack of a girlfriend. He can't wait to graduate and join a soccer team overseas, preferably as far from home as possible.

Then the president is assassinated and his life changes forever.

As an alarming chain of nationwide terrorist attacks trigger a civil war, Richard finds himself on a dangerous journey for survival. As those around him fall prey to hunger, illness, and hatred, Richard must decide between a full stomach and humanity - and somehow create a new society out of the ashes of a fallen world.

Richard's Story is the secret journal of the boy eventually founded the New Order Republic of America (NORA). This is an exciting prequel to the best-selling Numbers Game Saga.